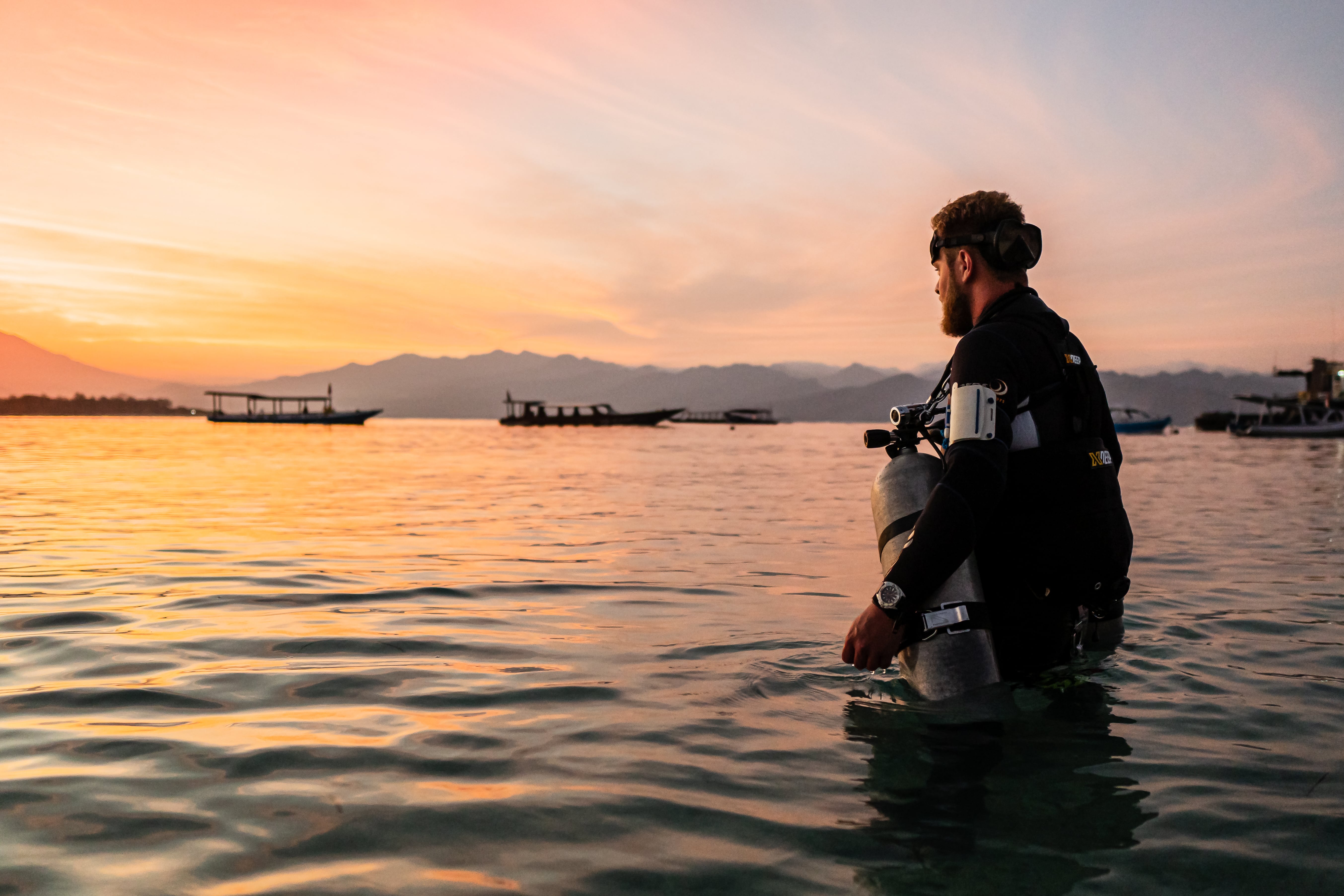 It's the 16th of August, 06:45 AM, the alarm rings and it's time to get up for Stijn and I. We're off to Schiphol Airport in Amsterdam to depart on our adventure to Gili Trawangan, Indonesia. After about an hour of driving we arrive at the airport and find ourselves to be the first ones checking in all our luggage. Which was alot...

When we arrived at the gate we found ourselves to be delayed by around an hour. But that doesn't lower our spirits. We laugh a lot and have fun, because our journey can only get better from here. The bell rings and we're being called to board. Once in the plane we have our first pleasant surprise of the holiday. We have 3 seats for the two of us. This will be very comfortable. Our first stop will be Jakarta, Denpasar after that and then the next day we'll take the boat to Gili Trawangan.

I'll skip our further journey up until we arrive at Gili T.

13:30 PM local time, Sunday 18th of August, we arrive at the harbour of Gili Trawangan and we head off to our Airbnb by horse and chariot. It turns out to be a pretty nice bungalow with great hosts. After we dropped off most of our stuff we head to check-in with the dive centre. We had decided to book our first dives with Manta Dive Gili Trawangan, and maybe switch shops after a day or two (in the end we did all our dives with Manta).

Monday the 19th of August, I will be diving alone as Stijn had a rough night sleep with the jetlag and the mosque which woke him up several times. I head to Manta Dive and meet my guide, Ozi a local dive guide from Lombok. As time told us it turned out that he's probably one of the best on the island. Just on the first dive we spotted ghost pipe fish, massive turtles, white tip reef sharks and a black tip reef shark. We saw the ghost pipe fish in the bow of the Glen Nusa within the first 10 minutes.

Two days later, the planning is Simon's Reef in the morning and Seahorse Bay in the afternoon. Pretty much everyone told us such amazing stories about both dive sites, so we expected alot. The first dive however, turned out to be a dissapointment. There was a lot of current and we were fighting our way across the dive site which made us run through our air quite fast. The second dive, at Seahorse Bay however, was a total different story. It turned out that we basically had the boat pretty much to ourselves except for a bunch of DMT's and DM's who were joining for a fun dive. Within 5 minutes of dropping down we saw another ghost pipe fish and not too soon after we spotted the first seahorses. The dive only got better with octopus, coconut octopus, mimic octopus, ribbon eels and mantis shrimp. If everyone is ever around North-Lombok our the Gili Islands, I can 100% recommend a dive to Seahorse Bay. My next day of diving would be two decompression dives over at the Tunang Wall with Philip Christoff, his student Evan and another CCR diver Lindsay. But I will save that for another blog post.

Over the next few days we saw a lot of cool marine life and corals. The visibility is great and the water is nice and warm (±26 degrees Celcius). We dove at Bounty Wreck, Hann's Reef, Majik Reef, Simon's Reef, Shark Point, Bio Balls, Meno Wall and probably the most amazing dives we did at Seahorse Bay including a night dive.

On the last dive of Stijn's trip we went to Meno Wall. We had asked our guide Ozi if we could look for one animal specifically; the Pygmy Seahorse. They're hard to find and only live on a specific type of sea fan. In order to satisfy us we were granted the pleasure of another guide joining us, Eddy. The four of us descended and started dropping down to 20-30m. We started browsing all the fans that we could find and it didn't take us too long before Eddy and Ozi had found us a Pygmy Seahorse. This little guy blended in extremely well with the fan as you can see on the picture below.

Unfortunately, that was the end of our diving trip. We had another day to make sure that Stijn's equipment dried and then it was time for him to leave. See you soon my friend and thank you for the amazing dives and laughs we had over the past two weeks.